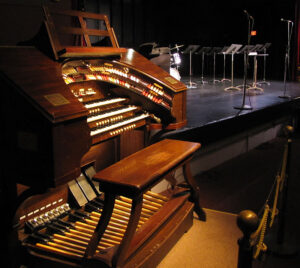 The Great New York State Fair (https://nysfair.ny.gov/) has been ranked as one of the best in the nation and is the oldest state fair.

Running Aug. 24 to Sept. 5 this year, the fair offers more entertainment than a visitor can really take in for a day. Plan to visit the fair a couple of times if you want to do it all. You can also make reservations to RV camp on the fairgrounds.

Whether you come for one day or all 13, don’t miss these top things to see:

• Midway. In the past, the midway was crowded with long lines and little opportunity to ride; however, since expanding the midway a couple years ago, the fair has begun offering many more rides, which has thinned out the crowds and made lines much shorter. It’s worthwhile to give the Midway another shot. Get a bird’s-eye view of the fairgrounds on the Broadway Skyliner ride, a high but slow ski lift ride across the fairgrounds overlooking the midway.

• Dairy Cow Birthing Center. Agriculture is New York’s top industry and dairy is among the top agricultural industries. At the center, you may see a dairy cow deliver a calf live as area dairy farms bring expectant cows to this special tent at the fair a few days before they’re due. Knowledgeable farmers staff the center to answer questions and, as needed, help the bovine moms.

• Street performers. Hilby the German Juggler and Bandaloni (a one-man band, as in “band-alone-i”) are among the fair’s perennial performers. If you check the fair’s program for the day, you can know when and where your favorite acts will be performing so you don’t miss them.

• Stage performers. Check out local, regional and even national talent at stages throughout the fairgrounds, including the Indian Village, Pan-African Village, Talent Showcase, Chevy Park and Chevy Court. The concerts are all free with admission, including Boyz II Men, Foreigner, and Dropkick Murphys.

• Animal shows. Animal exhibitors raise their fair project animals for months if not years for their time in the spotlight. Watch a show or two to see the results of their efforts and what it takes to be the best.

• Special shows. Where else but the fair can you go to the circus, exotic petting zoo and see a pig race or motorcycle stunt show in one day? As with the street performers, these special acts and exhibitions are advertised in the daily flyer so you can plan when to see what.

• Project competitions. From art to baked goods to sewing projects, see what the creative minds of this year’s competitions have brought to Syracuse.

• Eat. Use the Food Finder map, available online, to find your favorite food vendors. Or sample something you may have never tried before. The Dairy Products Building features cups of milk for just a quarter and a bevy of accompanying baked goods and cheese.

• Butter Sculpture. While getting your $.25 milk, check out the butter sculpture, a fair tradition for decades. The new, exclusive design typically represents an important theme of that year.

• Sand sculpture. Hosted in the Expo Building in 2021, the massive sand sculpture also represents an important theme of the year. Walk around each side to see more features.

• Local goodies. The New York State Taste and Sample area allows you to taste before you buy. Grab some flavorful finds to give and a few to savor yourself.

4 things you haven’t done at the State Fair

Fair Director Troy Waffner has said his favorite part of the fair is the highly underrated Art & Home Center, which includes the culinary, craft and fine arts exhibits. The food demonstrations, cake decorating, and table-setting competition are interesting. The fine arts exhibition, including drawing, sculpture and painting, is also an underappreciated gem.

This Wurlitzer organ was installed in a Syracuse movie theater in 1925, but talkies gradually replaced silent films and the need for organs declined. It fell into disuse, but was saved by volunteers who painstakingly rebuilt the organ and installed it in the Empire Theater in 1967. The instrument allows one person to reproduce the sounds of the orchestra and sound effects of the stage. Music is played each day of the fair including silent films so the organist can play the original accompaniment. The air-conditioned theater is a nice, musical respite on a hot day.

The New York State Agricultural Society ran the fair for its first 50 years and was instrumental in establishing the Witter Agricultural Museum, which was built in 1928. The museum highlights the history of agriculture in New York and its continuing importance. In addition to woodworking demonstrations and period entertainment, visitors can see an original 19th-century log cabin. The cabin, which was taken apart and reassembled inside the museum, has portals cut in the sides so you can peer in as a costumed volunteer works.

Massive crowds used to pack in around the booths of the local TV stations for a chance to be on TV when they would broadcast live from the fair. But younger people are less likely to watch TV news and it’s a good bet many haven’t participated in this fair TV ritual. Don’t forget to call a friend or family member and tell them to tune in to see you in the background.

How To Make Your Fair Visit the Best

• Buy tickets in advance for the best deal. You can also find special rates and some free days for select groups.

• Consider commuting in on a fair shuttle. Centro Park-N-Ride offers direct shuttle service from the Centro Transit Hub Downtown, and parking lots at Destiny USA and Long Branch Park to the main gate. Trailways of New York has a terminal stop in Syracuse about four miles from the fairgrounds or will drop off riders at Destiny USA for use of the Centro Park-N-Ride. Amtrak Train Service provides direct service from points all over the state. Look for the station code NYF.

• Ask ahead of time about any accessibility concerns, such as parking and scooters.

• Use the free maps provided at the gate to navigate the Fair better. Even if you have been to the Fair before, the management adds new displays and attractions every year.

• Save a little money by bringing your own water bottle. Free refill stations are on either end of the fairgrounds in the Expo Building and the Arts and Home Building.

• Plan to play in the midway earlier in the day when it is less crowded and eat meals while a show is going on to maximize your time.