The Park People was designed to tell the history of the park through full-size statues of the people who played an important role in the history of Mexico Point Park. Look carefully to find a flower on each one that represents flowers indigenous to the park.

• Bessie Maude, carved by Kenvyn Richards and painted by Rebecca Wood, was the first of several in the Park People. She represents all the waitresses who served the people who stayed at the upscale hotel and restaurant that occupied Mexico Point from the late 1800s through 1953. The original hotel burned down in and a new hotel, Mexico Point Club, was built. It was destroyed by fire in 1953, and now only its stone foundation remains. The hotel and restaurant made Mexico Point a go-to destination on the shores of Lake Ontario for fine dining and dancing, even during Prohibition. The drawing for Bessie Maude was inspired by a photo taken in the late 1800s of three serving ladies, and incorporates features of all of them.

• Joseph Brant, also carved by Kenvyn Richards and painted by Rebecca Wood, represents a historical figure of the same name. Joseph Brant was a Mohawk Indian who served the British as a guide, interpreter, fighter, officer and diplomat during the French and Indian Wars as well as during and after the American Revolution. He was highly valued not only for his fighting skills, but also for his relationships with important members of both the Indian and British communities, and his skills as a diplomat. Brant traveled with Col. Barry St. Leger along Lake Ontario as part of the British three-pronged attack to capture New York state. One night Brant and St. Leger bivouacked on what is today called Spy Island. Silas Towne, a spy for George Washington, overheard the plans and proceeded to Fort Stanwix in what is today Rome, telling them of the impending attack and giving them time to prepare. The British were unable to take the fort, thus one of the critical British plan to capture NYS failed.

• Grace, or The Swimmer, carved by Kenvyn Richards and painted by Rebecca Wood, represents all the people who have enjoyed swimming in Lake Ontario from the shores of Mexico Point. Her swimming costume suggests the late 19th century or early 20th century. Her features are based on photos of Grace Roop who was the main person responsible for creating Mexico Point Park. Without her tireless devotion there would be no park. She loved swimming in the lake and not just on warm sunny days.

• Carmen Basilio, carved by Kenvyn Richards and painted by Wood represents professional boxer, Carmen Basilio, who won the world championship in both the welterweight and middleweight divisions. Basilio was born in Canastota in 1927, and began his boxing career in 1948. During the early 1950s he stayed at Mexico Point Club. A boxing ring was set up on the lawn between the club and the lake shore where he practiced for his fights along with Joey DeJohn. Basilio won the welterweight world championship in 1955, and the middleweight world championship in 1957. His most famous fight was against Sugar Ray Robinson, whom he beat in an exciting 15-round fight in September 1957.

• Kenny and Hoover, a barefoot boy out fishing with his dog, carved by Peg Hoover and painted by Rebecca Wood, represents the many children and adults who have enjoyed fishing at Mexico Point Park, in all the years since the river has flowed past its shores and into Lake Ontario. Kenny’s overalls could as easily suggest a boy of the 1800s, the 1900s or the 21st century. The boy Kenny is named in honor of Kenvyn Richards who carved several of the statues and Hoover for Peg Hoover who created the pair with her chainsaw.

• The statue of William Casey is the seventh and newest in a series of wooden carvings at the park, each of which represents a different period during the history of the area now known as Mexico Point Park. Casey is on display in Casey’s Cottage which is usually open on weekends between 2 and 4 p.m. and upon request. The cottage is unique in itself and, not to miss, are the unique stained glass windows that were recently installed. Mexico Point Park is located off 104B in Mexico, Oswego County.

Photo: The statue of William Casey, the newest addition to the park’s wood carvings. 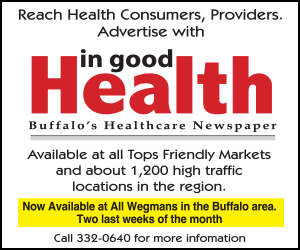